It’s hard to deny the fact that Bob McClure has made his mark on the harness racing world.

He has been around the industry since he was a little boy, literally growing up on Hanover Raceway’s backstretch.

“My earliest memory would be going there as a kid with my cousin,” McClure told Hanover’s Caity Hillier. “He and I would love going up there on Wednesday and Saturday nights…a lot of people probably don’t know that I got my first training win in Hanover.”

McClure has never been shy about his love for Hanover Raceway and has mentioned it in several prominent interviews.

“It’s my favourite track in the whole world to race at, it’s a fun atmosphere…the people there, the people that count, really make it special.”

Having 18,063 driving starts to date, McClure has earned $35.9 million in purses. McClure’s biggest career accomplishment is a win in the sport’s most prestigious race, the Hambletonian at The Meadowlands back in 2019 with Forbidden Trade.

“Anybody who wins a Hambletonian, they obviously attribute a lot of their career to that, as it’s the biggest race in the world. It [the win] was unexpected, I wish I could live the day over because I don’t think I soaked enough of it in. Going back to the memory of it, it was really great, and finding out that everyone at Hanover Raceway was watching me on a little TV yelling at me made me feel pretty happy,” McClure laughed.

McClure has achieved many impressive milestones since started his driving career in 2009, including being Canada’s top dash-winning driver in 2016. He won an O’Brien Award as Canada’s top driver in 2020, chalking up $6,022,430 in purse earnings. He also won the Lampman Cup as the leading driver in the Ontario Sires Stakes in 2020 after being a top contender for the previous three years. Back on June 26 of this year, McClure secured driving win number 3,000 at Woodbine Mohawk Park. 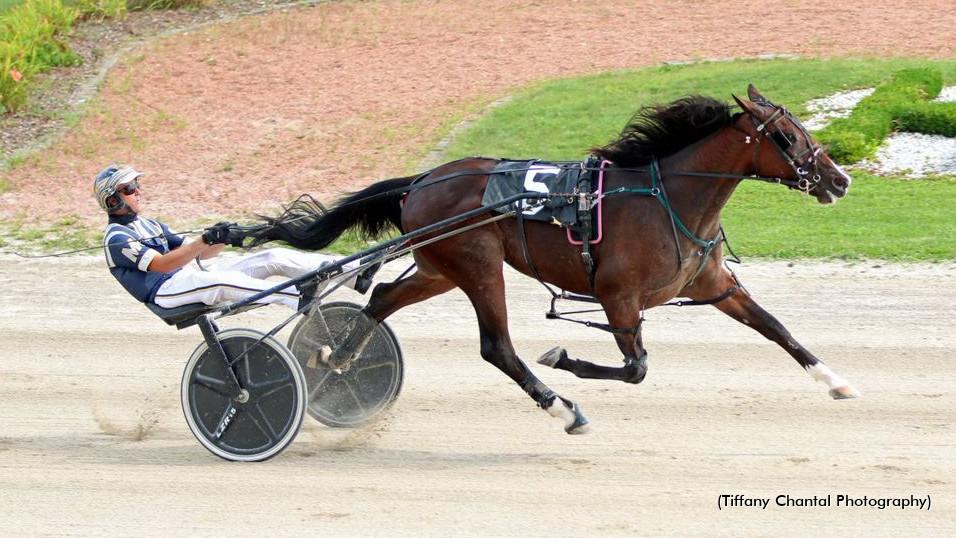 “The special part about both of them was that they were won for the same trainer, Mark Etsell, who is also from Hanover, so I think that trumped it. It was so special for both of us, he’s such a great horseman…the Dream of Glory was special because the night, the fireworks, there was a huge crowd, it was earlier in my career, so it was one of the first bigger races I’d won. The day I won the Balanced Image was just a fun day, a horse Josh McKibbin trained called Mission Three, that my cousin and I owned, also won. It was really just a fun day…and the Walker Memorial Trot, [celebrating a family] also from up there, they mean a lot to me too.”

McClure has already had a very impressive career and the team at Hanover Raceway stated they are “pleased to be able to celebrate his many successes with a special day in his honour, with his legion of fans at his favourite track.”

(with files from Hanover)